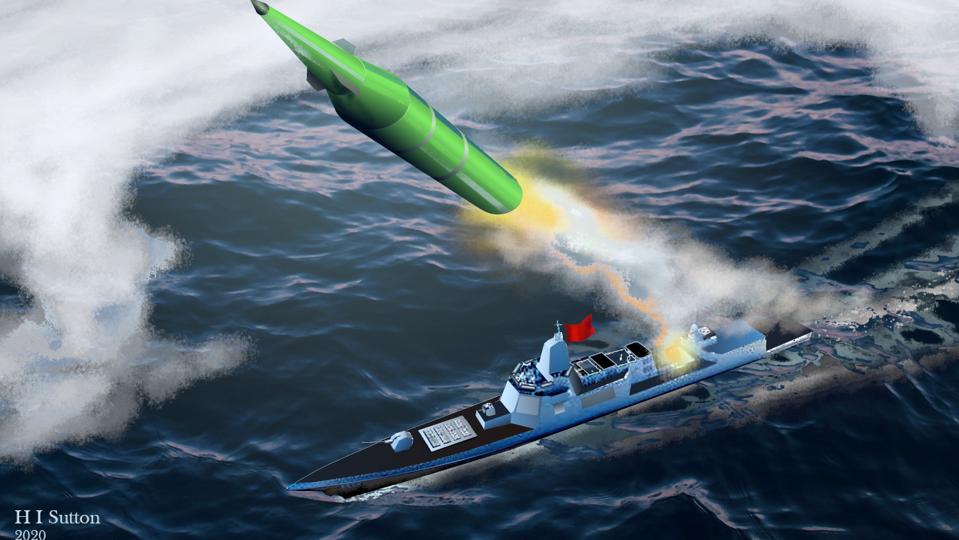 A Department of Defense report suggests that the Chinese Navy, formally known as the PLAN (People’s Liberation Army Navy), may put anti-ship ballistic missiles (ASBMs) on its new cruisers. These are the weapons dubbed ‘Aircraft Carrier Killers’ because of their massive hitting power. It would be the first time any navy has put this category of weapon on a warship. Chinese Navy cruisers would then be arguably the most heavily armed surface combatants in the world.